The programming team at the Presidio Trust had bold plans for an upcoming event to commemorate the “Presidio 27” — the name for twenty-seven young GIs, each of them around the age of 19 — who staged a nonviolent sit-down at the Army Stockade 50 years ago. The Presidio 27 events would also be one of the first they produced for a site-specific location in the park: in this case, at the historic Stockade building. Yet this history took place at the height of the Vietnam War, so it was important that the story convey a great deal of critical context to the audience.

auut studio enthusiastically partnered with the Trust in an opportunity to pilot their very first use of a mobile app to reach the public. This was an opportunity to learn how visitors would use it, and what the response would be to ‘self-guides’

In order to constrain the budget (and the risk), we agreed upon an open-source solution… whereas producing a native iOS app would have required significant engineering costs and testing. The timeframe of the project also had no room for Apple’s time-consuming approval process to appear on the App Store.

The learning curve of DIY, open-source solutions can also be prohibitive to history practitioners, especially under deadline, but that is where the expertise of the studio was a perfect fit.

Our studio installed the software Omeka and the plugin CurateScape on a private server (requiring no extra cost to the client). Under the direction of the Trust’s lead historian, we took the extra steps of significantly modifying the look & feel of CurateScape, so that it was easier for an audience to stay engrossed in the story — and harder to get lost at the onsite program.

After the public program, the average participant rating for the mobile app tour was 9.0 out of 10! 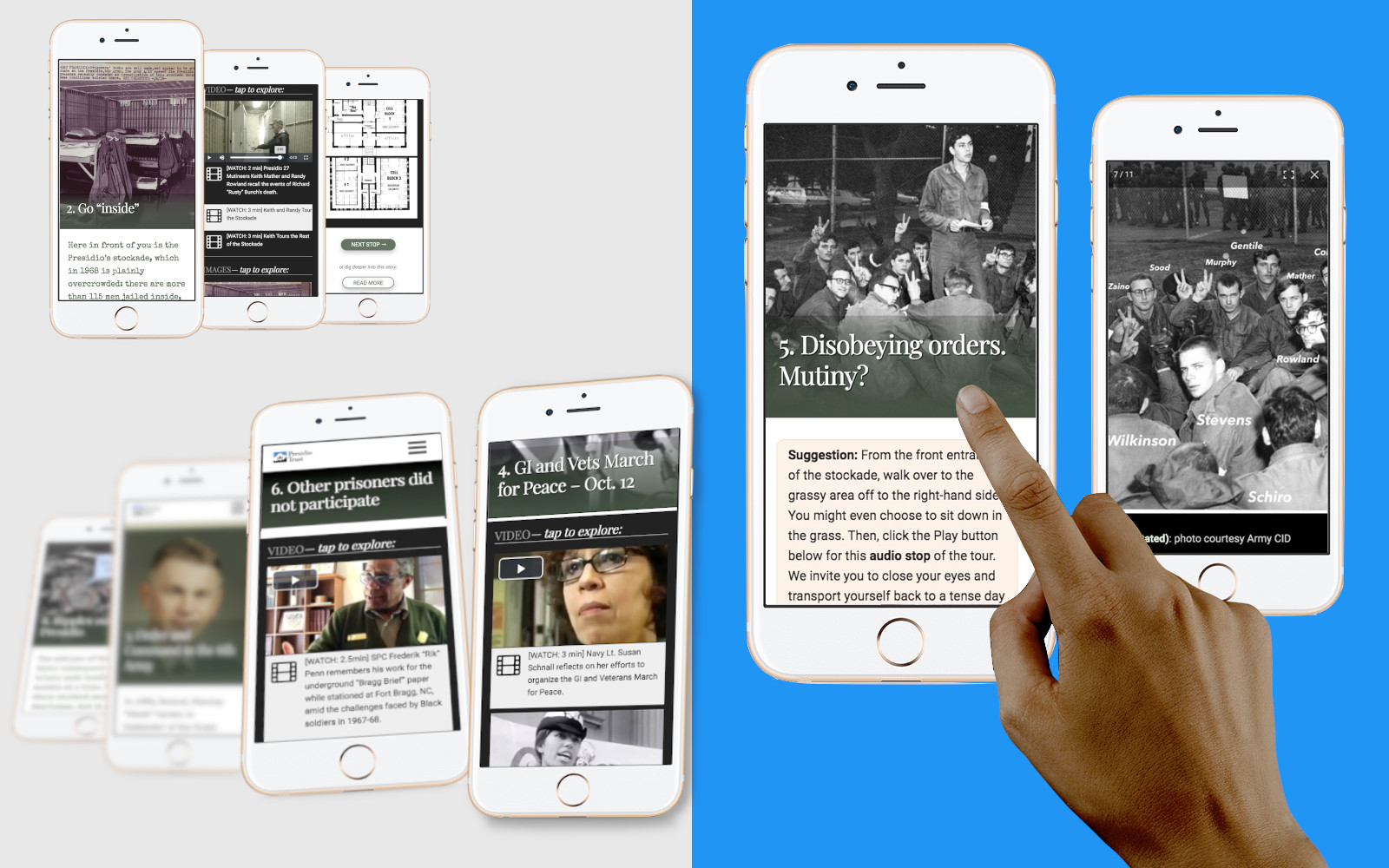 The average time that a visitor stayed on the app was 22.6 minutes, much longer than could have been covered in the spoken portion of the program. One key learning from participant responses was that they would have preferred the Trust to spend additional budget (next time) for a voiceover narration, as opposed to visitors just reading the text on screen.

“The technical abilities of auut studio are amazing — but almost more importantly: RJ has the instincts of a historian, and this makes him a unique collaborator. It was an absolute pleasure to co-write some of the exhibit with him, and what I delegated I could trust he would come back with something well conceptualized and well written. We published a digital exhibit in a fraction of the time our typical physical ones can take. I can't wait to work with his studio again.”
— Barbara Berglund Sokolov, PhD